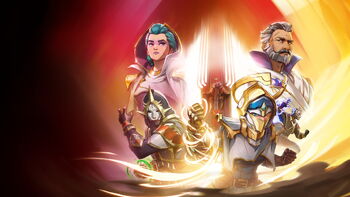 As the story progresses each week, 3 new Story Quests will be made available temporarily that week.

Chapters will last 12 weeks and be interwoven with traditional patches.

Be ready for a less theoretical assignment next week. I need your help investigating a rumor.
Chapters
Retrieved from "https://spellbreak.fandom.com/wiki/Chapters?oldid=17504"
Category: