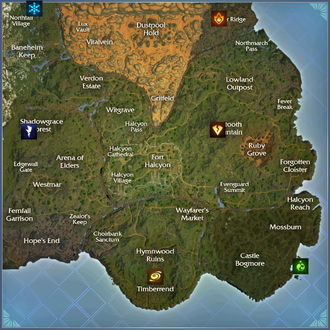 In Week 2 of Chapter 2, Brilstone Clusters were growing on the Shrines, which could be activated to trigger an ambush of hostile NPCs. Once defeated a Legendary Gauntlet would spawn as a reward. (no longer active)

Since Week 3 of Chapter 2, Shrines grant a Blessing, which unlock the level 1 Class Skill of their element & spawn a Spellstorm Rift. (active)